Our experts will reply you very soon.

* Mentioned prices may vary depending upon date of travel, hotel availability, surge pricing and seasonal rush.

An overnight bus journey from Delhi will take you to Manali, dwelling in the lap of the great Himalayas, the stunning hill station Kullu & Manali lies between the impressive peaks of the Pir Panjal and Dhauladhar ranges. This dazzling hill station is surrounded by massive snow clad mountains and thick pinewood forests with the beautiful Beas River flowing throughout the region as its magnificent centrepiece. Manali is also a perfect place for adventure sports, so people from different parts of the country visit this popular hill station to experience mountaineering, trekking, and skiing. Major attractions will include Hidimba Devi Temple, Manu Temple, Vashisht, Solang Valley, Kully & Naggar Castle.

Delhi to Manali By Volvo Bus 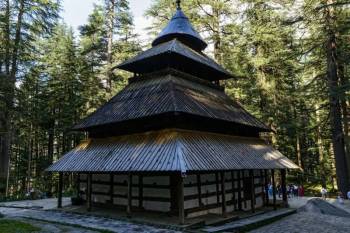 at a Distance of 2 Km from Manali Bus Stand, Hidimba Devi Temple also Known as the Dhungri Temple is An Ancient Cave Temple Built in 1553 By Raja Bahadur Singh. the Temple is Dedicated to Hidimbi Devi, Wife of Bhima, One of the Pandavas from Mahabharata Epic.

the Hidimbi Devi Temple is 24 Meters Tall and Consists of Three Square Roofs with Timber Tiles, Surmounted By a Cone-shaped Fourth Roof that is Covered in Brass. the Wooden Facade and Windows of the Temple are Richly Carved. the Wooden Door Frame is Ornamented with Carvings of Various Deities and other Designs. the Walls of the Temple are Strangely Decorated with Horns of Animals. the Base of the Temple is Made of Whitewashed Mud-covered Stonework.

manu Temple Dedicated to the Indian Sage Manu is Located At Old Manali. Manali is Named After the Sage Manu Who Was the Creator of Human Race On Earth According to Mythology and It is Believed that He Meditated Here. this is Supposed to Be the Only Temple of Manu in India.

manu Temple Was Built in Pagoda Style of Architecture. to Reach the Temple, One Has to Walk Through the Slippery Stone Paths of Old Manali for About 200 Mtrs. this Ancient Temple is a Prominent Place of Worship of the Local People of Manali Who Arrive Every Day to Offer Their Prayer to the Sage Manu.

vashist Temple in Manali is Dedicated to Sage Vashisht, the Kula Guru of Lord Rama in the Village Vashisht Across the River Beas. the Village of Vashisht Was Named After Rishi Vashisht One of the Seven Sages of Hindu. the Vashisht Temple is Believed to Be More Than 4000 Years Old.

the Vashisht Hot Water Spring is One of the Famous Attractions of this Region. the Hot Springs is Believed to have Medicinal Value. the Springs are Said to Cure Many Skin Diseases. Many People Go to the Vashisht Baths to Take a Dip and Rid Themselves of Skin Infections and Diseases. 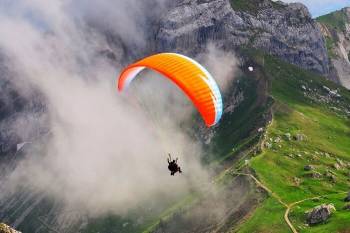 Early Morning Proceed for Full Day Excursion Visiting Kothi, Gulaba Fall, Rahala Fall, Marhi, Rani Nalah and Rohtang Pass (up to Snow Line in Case Rohtang is Closed Due to Snow Fall).
the Majesty of the Mountains and the Glaciers Can Be Seen At Their Best On the Way to Rohtang Pass.

after Enjoying this Snowy Heaven, Take a Sledge Ride Down the Slopes & Try Luck By Climbing the Little Snow Hills. On Descending to Manali, Halt At the Rahalla Falls and Solang Valley. Enjoy Rope Trolley, Paragliding, Zorbing and other Adventure Activities At Solang Valley. the Magnificent Views and Natural Beauty are a Never-ending Source of Delight. Night Stay in Manali.
Day 4: 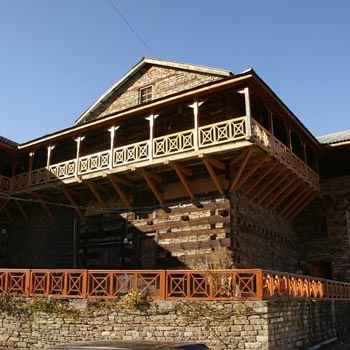 After Breakfast We Will Move to Naggar Castle Sightseeing Which is Famous for Art Gallery, Nagar Castle, Jagatipatt Temple Etc.

naggar's Significance May Primarily Lie in Its Proximity to the Edifices of Modern Tourism (kullu and Manali), But a Glimpse of the Valley from the Main Balcony of the Naggar Castle Proves Otherwise. if There Was a Reason for this Humble Town to Ever Be a Regal Throne, It Lay in Its Streets Shadowed By Endless Canopies of Deodar Trees, in the Halls of Ancient Temples that Echo Laughter of School Children and in the Invincible Goodness of People Which Refuses to Alter to Give Into Changing Times.

built 500 Years Ago, the Naggar Castle is a Testament to the Glorious Days of Naggar. the Castle is Now Run By Hptdc and Offers a Panoramic View of the Valley.

situated At a 30-minute Walking Distance from the Naggar Castle, the Roerich Memorial is a Pilgrimage for Russians Who are Enthusiasts of the Iconic Painter, Philosopher and Writer Nicholas Roerich. Owing to the Overwhelming Natural Beauty and Peace He Found in Naggar, Roerich Built a Cottage Here with His Wife. the Long List of His Admirers and Visitors Included Two Prime Ministers of India, Jawaharlal Nehru and Indira Gandhi. a Picture of the Powerful Duos with a Spiritual Roerich Still Hangs in the Gallery Within the Cottage.

Today after breakfast, check out from the hotel. Indulge yourself in some souvenir shopping and local handicrafts from Mall Road. Later catch your evening Volvo bus around 5 pm which will drop you to Delhi next morning before 8 am.